At the moment of going live there are 100 templates available for sale, ranging from $6 for smaller (less complex) templates, to $12 for bigger (more complex templates).

I’m sure you’ll agree these prices are unbeatable, you just won’t find more affordable templates of this quality anywhere else. But to make it even more appealing there’s a membership option where you can get all 100 templates for just $197 per year (unlimited personal license) – ultimately saving over $600.

I really hope you’ll read this on time and save yourself a lot of money while getting even more value.

If you want to learn more about The Landing Factory, how it all started, who’s behind this and what can you expect in the future, than keep reading below.

The idea about building a marketplace for Thrive Content Builder landing page templates was born about a year ago. I (Drazen Prastalo) was a big fan of Thrive Content Builder at the time, but wasn’t too happy about their templates. That made me build my own most of the time, which wasn’t that hard since their landing page builder is really easy to use.

Still, seeing other Thrive competitors, they had the similar problem, but they’ve managed to solve it by opening a landing page marketplace where their own users are able to submit own template designs and make money selling it.

That way they were increasing the value for new users, plus giving designers a chance to make some money.

*Note: Thrive Themes plan to have their own marketplace in the future, however no official statements or dates of the launch have been confirmed yet. Another thing, The Landing Factory will also open its doors to other Thrive users to submit their designs and sell templates, but more on that when the time comes.

So, the idea was here, but there was a lack of motivation, time and resources at that time. It was just a huge project for one person and I didn’t have enough courage to pursue the idea and make it real. At least not on my own…

I even mentioned it to Shane (one of Thrive Themes co-founders) in one of our Skype talks in 2015, to see if they would be ok with it, and he said no problem. That was comforting, and one of the reasons why I never gave up on the idea itself.

Now, fast forward to 2016 and to making first steps towards realization of this idea.

I don’t remember what was the actual trigger that made me start working on this idea for real, but in March 2016 I decided to go with it, and the first step was finding a business partner who would share the workload with me and speed things up.

That didn’t work out as I expected in the end, which you’ll find out why below…

So in the middle of March 2016 I decided to contact Faisal Farooqui. He’s a man from USA, whom I didn’t know at the time, but I remembered him from some Facebook groups where we were both members in.

Since he commented on a lot of posts related to Thrive Content Builder, just as I was, I figured, he’s a good match, and might be interested in working with me.

After our first Facebook chat and Skype talk he was really interested in the idea and we decided to start working on it together.

Our first step was to validate the idea itself and to see if there’s even people out there who were willing to pay for it.

That’s how Thrive Templates was born. 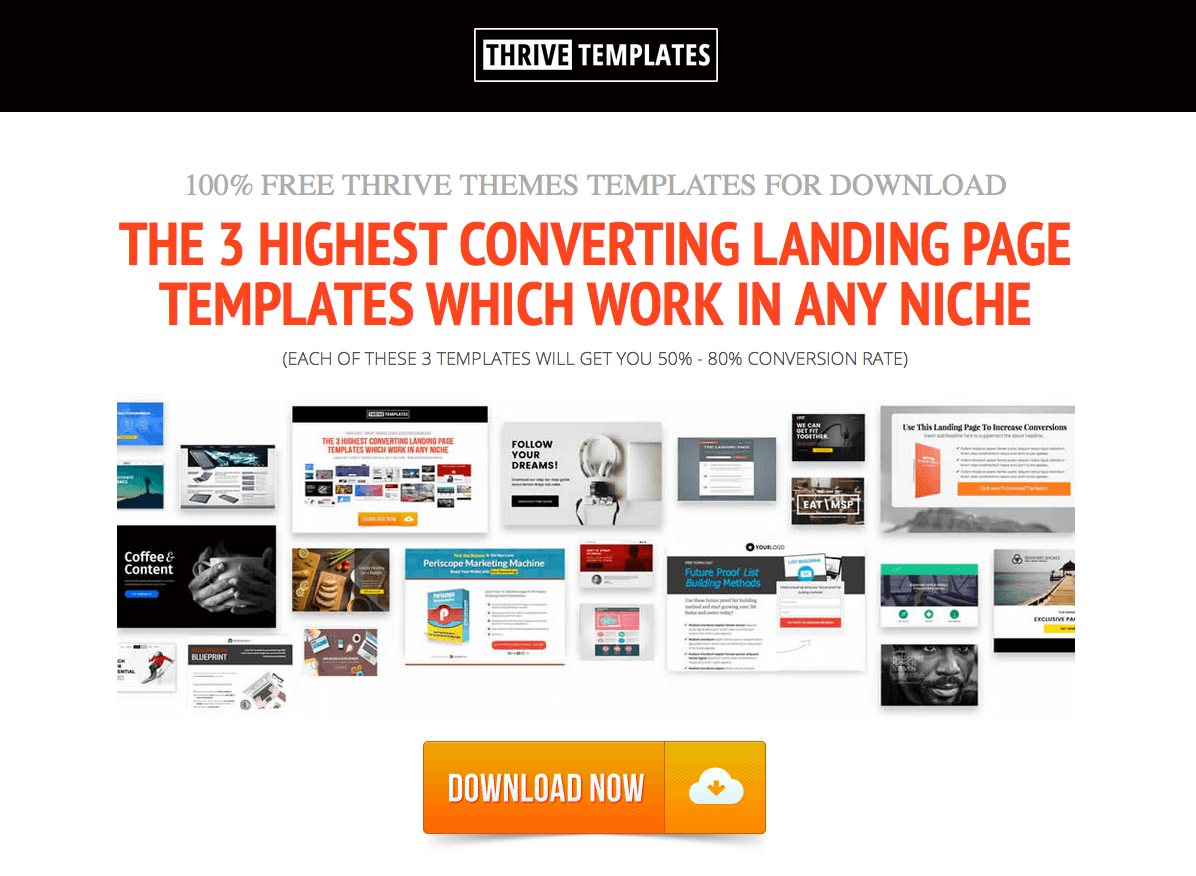 Thrive Templates (thrivetemplates.com) was the first name of this project, which was later changed to The Landing Factory. We thought that Thrive Templates was a good name, since it describes exactly what the website is all about.

However, Thrive Themes were not too happy about it, since it was really similar to their business name, and they were afraid people would mix our two websites.

At first I didn’t agree with them, but after one lady asked what’s the difference between two of our businesses, I realized that it really is too similar and that it could bring us both some problems in the future. Hence the name change.

Back to Thrive Templates…

We were performing under Thrive Templates name the whole validation period and decided not to change it until we see if we would even validate this idea or not.

The idea for validation was to give 3 templates for free and after they sign up to get the templates, redirect them to a video sales page explaining them our intentions and offering people a special prelaunch price ($97 yearly membership or $197 lifetime membership). 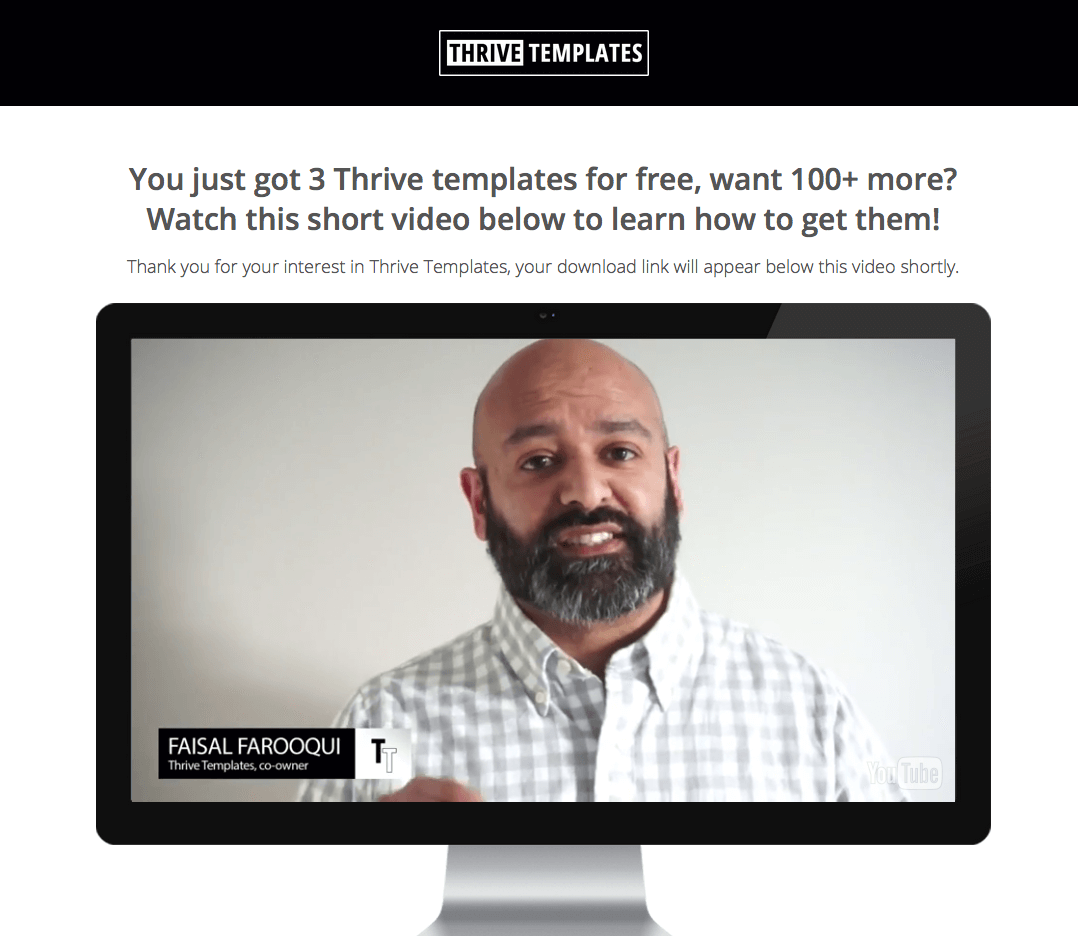 We wanted to get at least 5 sales to consider it validated.

I wrote the video script and Faisal recorded it since he was a native speaker and sounded a lot better than me on the camera.

We didn’t have any professional video recording equipment, if I remember correctly everything was recorded with a smartphone (or some regular compact digital camera) with a DIY teleprompter (shown on picture below).

Kudos to Faisal for creativity 🙂 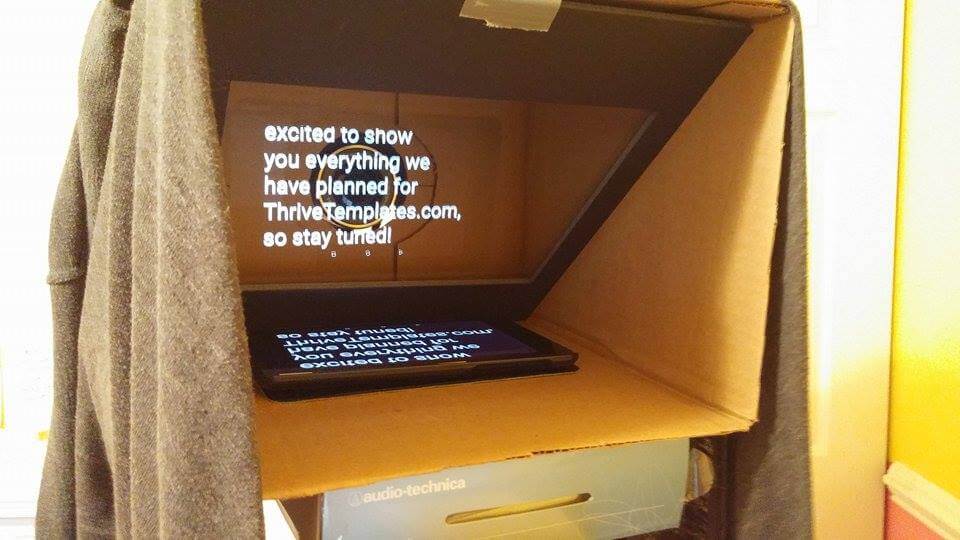 Most of our promotion were done in Facebook groups. In some we got great response, on other not so great.

All in all we made 2 lifetime membership sales and over 100 subscribers in the first 24 hours. We were thrilled with the results 🙂

The first sales came in 4:00 AM, we were awake of course, working, contacting people, I think I jumped from the chair from excitement 🙂 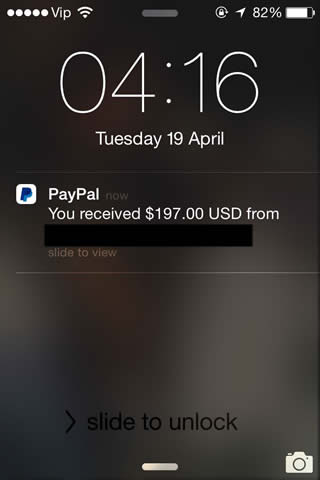 Unfortunately that was the peak of our success for the first two weeks, just two sales.

We almost refunded those first 2 buyers but that’s when our email autoresponder sequence kicked in and we got 3 more lifetime sales in the third week (when the prelaunch period was officially closed) and got 250 subscribers in total.

Interesting to mention is that no one bought yearly membership which was just $97, instead they all bought the lifetime membership, which was $197.

Still, not the best outcome, but from the comments we got, and from few other people who were really interested in this but wouldn’t want to invest without seeing the templates first, we decided to go with it and build this marketplace website together with 100 landing page templates.

Unfortunately that’s when some other problems occurred…

We promised our first customers that the templates will be ready by the end of May 2016, about a month and a half from the date we started validating the idea, and about a month since the finish of validation and decision to make it real.

It was still a huge project for just two guys to pull through. I calculated that each of us would need to invest about 2-3 hours per day to finish it on time.

Sadly, Faisal just couldn’t squeeze in those 2-3 hours per day to due to other personal and business obligations with his other projects. So we decided to part ways and I was left to continue on my own or refund the money to the buyers.

Since most of the money was already invested in all the things needed to create this website and build templates, quitting would mean a significant money loss for me personally, but also a feeling of failure, which I didn’t want to accept.

So I decided to take the bait and go with it alone. There wasn’t time to find another partner or even outsource it, not the way I would wanted it to, and here we are.

Next 4 weeks I worked almost all day and night designing templates and planning the websites, trying to make it on time.

Obviously I was 2 weeks late, although templates were ready by 10th of June, I still needed some time to make the actual website and connect all the dots.

A huge thanks to all our buyers for waiting a bit longer and for understanding.

Today, almost everything is finished, not 100% of course, but I’ll be improving the website constantly.

There’s a saying, if you launch 100% ready you launched too late, and I agree. Sometimes you just need to go and launch without making everything perfect.

THE LANDING FACTORY NOW & IN THE FUTURE

And today The Landing Factory is live and well.

At the moment of writing this article there are 8 landing page template categories all together:

There’s a question some of you might ask, and I know because I asked the same question myself – why aren’t there complete landing page template funnels?

In other words, why aren’t there landing pages of same design containing opt-in page, sales page, webinar page and thank you page, for example?

Still, like I said, I am aware of the importance of having a complete funnel, that’s why we will build additional landing page templates to complete the funnels, but only for certain designs.

On which ones – that is what you will decide.

There will be soon implemented a voting mechanism on each template details page where you will be able to vote if you would want us to make additional landing pages in the same design style to complete the funnels.

Bases on your votes we’ll complete the funnel for certain templates, once or twice monthly.

What about new templates?

100 templates is just a start, we will add 20 new templates each month, meaning, next year this time there will be over 200 templates available.

And that’s just from us, when we open the marketplace for other designers, that could mean 30, 40 or more new templates added each month. And that’s the idea, becoming the largest landing page marketplace in the world.

We are also well aware that some of you are web designers, bloggers and business owners with clients. That’s one of the reason why we offer agency licenses if you would like to use our templates for your client’s websites, but that’s also a reason why we’ll eventually open an affiliate program for you to make money while recommending us to your clients and readers.

As you can see there’s a lot exciting new things coming from us in the future, but for now enjoy in the templates we offer right now and start bringing more sales and leads for your business.

Any questions and comments? Feel free to share them below.

This site uses Akismet to reduce spam. Learn how your comment data is processed.

Huge deals on all our membership plans - 6th B-day special!
All single templates (and bundles) are at 30% discount - use coupon code TLF-6BDAY at checkout!